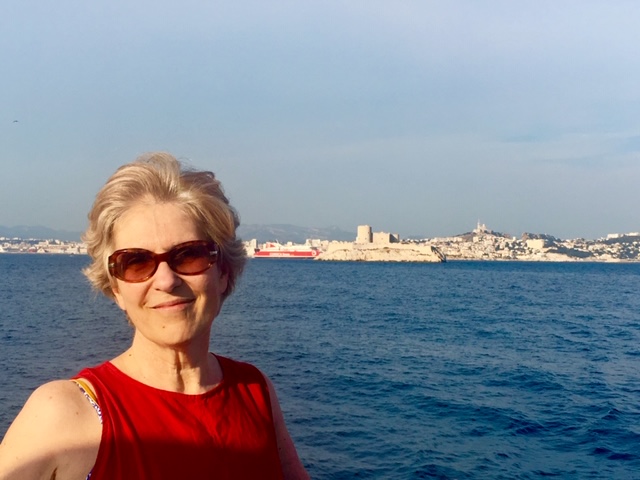 Karen Barkey is the Haas Distinguished Chair of Religious Diversity at the Othering & Belonging Institute and Professor of Sociology at the University of California, Berkeley. She is also currently the Director of the Center for the Study of Democracy, Toleration, and Religion (CDTR). Karen Barkey has been engaged in the comparative and historical study of the state, with special focus on its transformation over time. She has focused on state society relations, peasant movements, banditry, opposition and dissent organized around the state. Her main empirical site has been the Ottoman Empire, in comparison with France, the Habsburg, and the Russian Empires. She also pays attention to the Roman and Byzantine worlds as important predecessors of the Ottomans. She has worked in the Ottoman archives in Istanbul (Topkapı and Başbakanlık) as well as in Manisa.

Her work Empire of Difference (Cambridge UP, 2008) is a comparative study of the flexibility and longevity of imperial systems. In different chapters, the book explores the key organizational and state society related dynamics of imperial longevity. In contrast to a Gibsonian concern with imperial rise and decline, a common feature of conventional analyses, this book demonstrates that the flexible techniques by which the Ottomans maintained their legitimacy, the cooperation of their diverse elites both at the center and in the provinces, as well as the control over the economic and human resources were responsible for the longevity of this particular “negotiated empire.” In the process, it explores important issues such as diversity, the role of religion in politics, Islam and the state as well as the manner in which the Sunni-Shi’a divide operated during the tenure of the Ottoman Empire. Such topics are relevant to the contemporary setting and the conflicts we endure today.

Karen Barkey is pursing different projects on religion and toleration. She has written on the early centuries of Ottoman state toleration and is now exploring different ways of understanding how religious coexistence, toleration and sharing occurred in different historical sites under Ottoman rule. Her main area of interest at this stage is in issues of coexistence and diversity in imperial settings as models for contemporary discussions. Her main project is on Shared Sacred Sites which is a collaborative project that seeks to develop a rubric for the description, classification, analysis, and publication of work relating to spaces and locations used by multiple, disparate communities for religious purposes. The project is composed of several sub-projects that individually address different and particular difficulties in the study of shared sacred sites and that combine to form an important, updated, and modern survey of the unique features, mechanisms, and adaptations of coexistence found in the communities involved with shared sacred sites.

The edited book, Choreography of Sacred Spaces: State, Religion and Conflict Resolution (with Elazar Barkan), explores the history of shared religious spaces in the Balkans, Anatolia, and Palestine/Israel, all three regions once under Ottoman rule. The project provides the historical antecedents to help us understand the accommodation and contention around specific sites in the modern period, tracing comparatively areas and regime changes.

Karen Barkey's research now centers on Greek Orthodox churches and monasteries in Istanbul that continue to be shared by Christians, Muslims, and Jews. Barkey is conducting ethnographic research in these spaces and working on a book manuscript about the continuity in sharing in the Ottoman and Republican Turkish governments.

Another important part of the research is conducted with Dimitris C. Papadopoulos and Nathanael Shelley. "Visual Hasluck" is a digital humanities (DH) sub-project carried out as part of the “Shared Sacred Sites and the Politics of Pluralism” project generously supported by the Luce Foundation. The “Shared Sacred Sites” project explores the politics of sharing and tolerance in and around religious sites in historical perspective focusing on regions of the former Ottoman Empire. "Visual Hasluck" will develop an interactive version of Christianity and Islam under the Sultans, a milestone work by antiquarian and archaeologist F.W. Hasluck’s (edited and published in 1929 by his wife Margaret), and publish it as an open and expandable online resource for the spatial history of sacred sites and religious monuments in the post-Ottoman world.

Karen Barkey was awarded the Germaine Tillion Chair of Mediterranean Studies at IMéRA, for 2021-2022. IMéRA is the Institute for Advanced Study of Aix-Marseille University, and a member of the French Network of Institutes for Advanced Study. The Chair is named in memory of the anthropologist Germaine Tillion, who was known for her studies of the Mediterranean, but also for her political activities and opposition to the rise fascism and Nazism in Europe, actions that got her deported to the camp of Ravensbrück. She then wrote extensively on the camps. After her return, she engaged in the opposition to the Algerian War, documenting the horrors of the war, the assassinations, and the torture. Among her many books are the well-known, The Republic of Cousins: Women’s Oppression in Mediterranean Society and Il était une fois l’ethnographie.