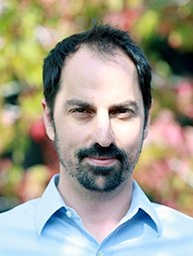 I study capitalism, socialism, democracy, authoritarianism, and knowledge regimes in a broad comparative and historical perspective. My first book, The Civic Foundations of Fascism in Europe: Italy, Spain, and Romania 1870-1945 (Johns Hopkins University Press, 2010), argues that fascist regimes arose paradoxically on the basis of strong civil societies in the pre-fascist period. Reviewers have called this book “the most original and provocative new analysis of the preconditions of Fascism that has appeared in years”, and “brilliant and courageous”. A second book How Societies and States Count: A Comparative Genealogy of Censuses (with Rebecca Jean Emigh and Patricia Ahmed in preparation for Palgrave), argues, against state centered accounts of official information that censuses work best where there is intense interaction between state and society. In addition I have started a new project investigating the connection between the meaning and substance of democracy in interwar and post-war Europe. I have published articles in the American Journal of Sociology, American Sociological Review, Catalyst, Comparative Studies in Society and History, Comparative Sociology, Social Science History, The Socio-Economic Review and the New Left Review. I am a member of the editorial committee of the New Left Review.