Omar Lizardo. Schematic logics and patterns of culture choice: Linking cognition and action in the sociology of taste. 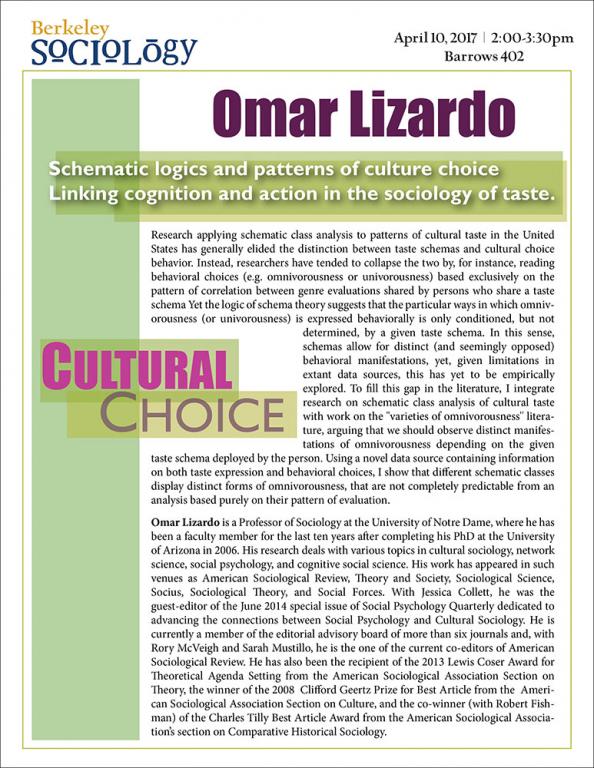 Schematic logics and patterns of culture choice: Linking cognition and action in the sociology of taste.

Research applying schematic class analysis to patterns of cultural taste in the United States has generally elided the distinction between taste schemas and cultural choice behavior. Instead, researchers have tended to collapse the two by, for instance, reading behavioral choices (e.g. omnivorousness or univorousness) based exclusively on the pattern of correlation between genre evaluations shared by persons who share a taste schema Yet the logic of schema theory suggests that the particular ways in which omnivorousness (or univorousness) is expressed behaviorally is only conditioned, but not determined, by a given taste schema. In this sense, schemas allow for distinct (and seemingly opposed) behavioral manifestations, yet, given limitations in extant data sources, this has yet to be empirically explored. To fill this gap in the literature, I integrate research on schematic class analysis of cultural taste with work on the "varieties of omnivorousness'' literature, arguing that we should observe distinct manifestations of omnivorousness depending on the given taste schema deployed by the person. Using a novel data source containing information on both taste expression and behavioral choices, I show that different schematic classes display distinct forms of omnivorousness, that are not completely predictable from an analysis based purely on their pattern of evaluation.