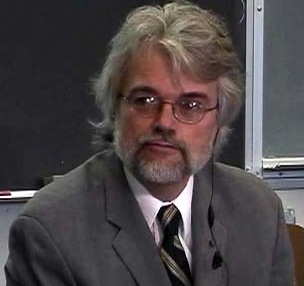 Mike Hout is the Natalie Cohen Professor of Sociology and Demography, emeritus. He retired from Berkeley in June 2013, but he remains active in sociology as a professor at New York University. In his research, Mike uses demographic methods to study social change in inequality, religion, and politics. In 2006, Mike and Claude Fischer published Century of Difference, a book on twentieth-century social and cultural trends in the United States, that exemplifies this approach. Another book, The Truth about Conservative Christians with Andrew Greeley (University of Chicago Press, 2006) is another example. A couple of illustrative papers include "How Class Works: Subjective Aspects of Class Since the 1970s" in a book edited by Annette Lareau and Dalton Conley (Russell Sage Foundation 2008), "The Demographic Imperative in Religious Change" (Am. J. of Soc., Sept. 2001) and "How 4 Million Irish Immigrants Came to be 40 Million Irish Americans" (with Josh Goldstein, Am. Soc. Rev., April 1994). Previous books are: Following in Father's Footsteps: Social Mobility in Ireland (Harvard Univ. Press 1989) and, with five Berkeley colleagues, Inequality by Design (Princeton Univ. Press, 1996). Mike Hout's honors include election to the American Academy of Arts & Sciences in 1997, the National Academy of Sciences in 2003, and the American Philosophical Society in 2006. Mike's education includes a bachelor's degree from the University of Pittsburgh in history and sociology and masters and doctorate from Indiana University in sociology. He taught at the University of Arizona from 1976 to 1984 and at Berkeley from 1985 to 2013. While at Berkeley, Mike chaired the Sociology Department from 1988 to 1991 and the Demography Department from 2008 to 2013. He also directed the Survey Research Center from 1992 to 1998 and the Berkeley Population Center from 2007 to 2013.