A Theory of Fields 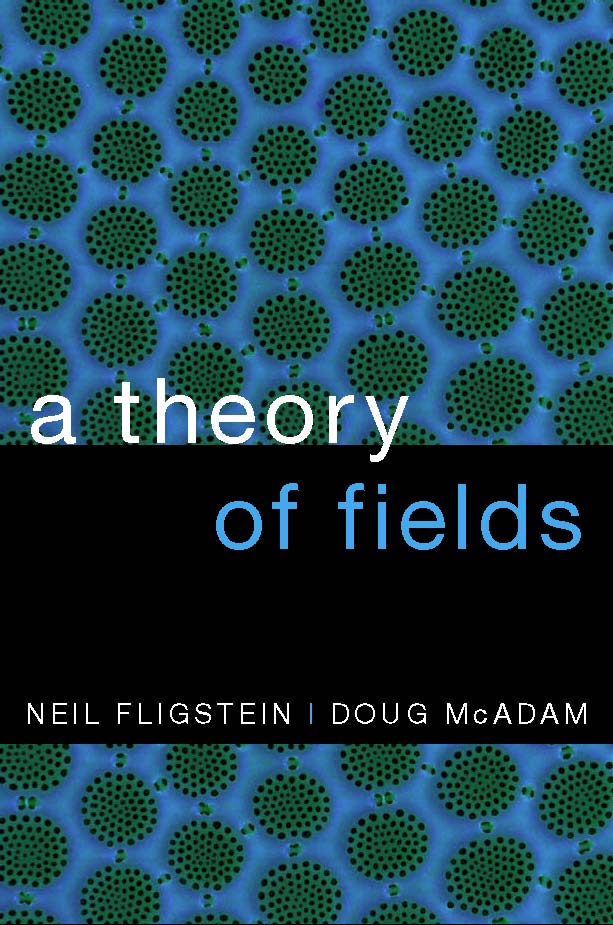 Finding ways to understand the nature of social change and social order-from political movements to market meltdowns-is one of the enduring problems of social science. A Theory of Fields draws together far-ranging insights from social movement theory, organizational theory, and economic and political sociology to construct a general theory of social organization and strategic action.

In a work of remarkable synthesis, imagination, and analysis, Neil Fligstein and Doug McAdam propose that social change and social order can be understood through what they call strategic action fields. They posit that these fields are the general building blocks of political and economic life, civil society, and the state, and the fundamental form of order in our world today. Similar to Russian dolls, they are nested and connected in a broader environment of almost countless proximate and overlapping fields. Fields are mutually dependent; change in one often triggers change in another. At the core of the theory is an account of how social actors fashion and maintain order in a given field. This sociological theory of action, what they call "social skill," helps explain what individuals do in strategic action fields to gain cooperation or engage in competition.

To demonstrate the breadth of the theory, Fligstein and McAdam make its abstract principles concrete through extended case studies of the Civil Rights Movement and the rise and fall of the market for mortgages in the U.S. since the 1960s. The book also provides a "how-to" guide to help others implement the approach and discusses methodological issues.

With a bold new approach, A Theory of Fields offers both a rigorous and practically applicable way of thinking through and making sense of social order and change-and how one emerges from the other-in modern, complex societies.

'In this bold and sweeping new work, Fligstein and McAdam make the first global contribution to sociological field theory since Bourdieu's Distinction. Finding order and turbulence not only in the semi-autonomous fields that others have investigated, but also in the complex interplay of social movements and the state, Fligstein and McAdam produce a vision that is theoretically insightful, empirically generative and will re-energize the quest for a fundamental grasp of the dynamics of large-scale social interaction.'
-John Levi Martin, University of Chicago

'In this much-anticipated book, Neil Fligstein and Doug McAdam bring their rich and influential strands of scholarly work together to develop a provocative account of how skilled individuals upset established routines and build new political and organizational fields. The core of their argument emphasizes on how people deploy resources, build connections, and forge new practices. In so doing, they place agency in a new and analytically tractable light. This signal accomplishment will be essential reading to all political and organizational scholars.'
-Walter W. Powell, Stanford University

'In A Theory of Fields, Neil Fligstein and Doug McAdam provide a powerful synthetic approach to the analysis of interconnected "strategic action fields" that anchor interaction and meaningful membership. This conceptual language breaches distinctions among political, economic, and other sociologies to advance a compelling general approach to the most basic sociological questions of order and change. Fligstein and McAdam have accomplished the difficult task of grappling with fundamental issues of social theory while advancing a program of social research that should both engage advanced scholars and inspire those earlier in their careers.'
-Elisabeth S. Clemens, University of Chicago