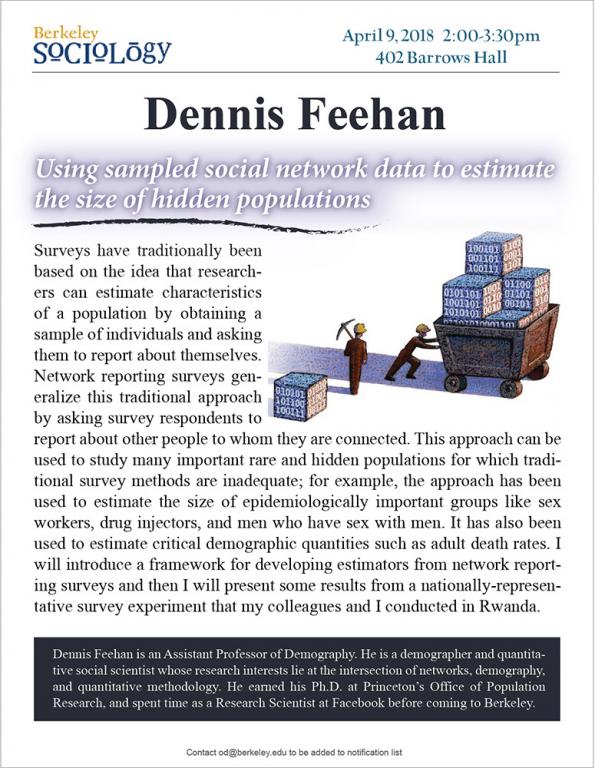 Surveys have traditionally been based on the idea that researchers can estimate characteristics of a population by obtaining a sample of individuals and asking them to report about themselves. Network reporting surveys generalize this traditional approach by asking survey respondents to report about other people to whom they are connected. This approach can be used to study many important rare and hidden populations for which traditional survey methods are inadequate; for example, the approach has been used to estimate the size of epidemiologically important groups like sex workers, drug injectors, and men who have sex with men. It has also been used to estimate critical demographic quantities such as adult death rates. I will introduce a framework for developing estimators from network reporting surveys and then I will present some results from a nationally-representative survey experiment that my colleagues and I conducted in Rwanda.

Dennis Feehan is an Assistant Professor of Demography. He is a demographer and quantitative social scientist whose research interests lie at the intersection of networks, demography, and quantitative methodology. He earned his Ph.D. at Princeton’s Office of Population Research, and spent time as a Research Scientist at Facebookbefore coming to Berkeley.