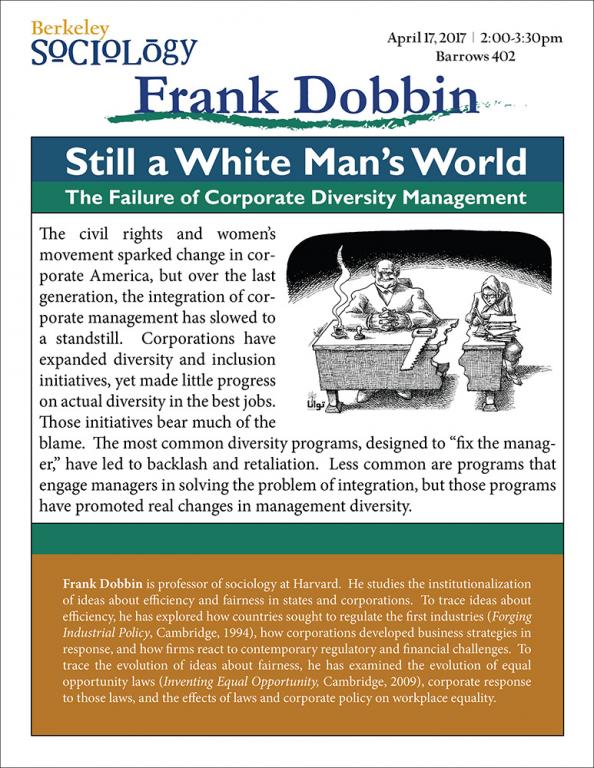 The civil rights and women’s movement sparked change in corporate America, but over the last generation, the integration of corporate management has slowed to a standstill.  Corporations have expanded diversity and inclusion initiatives, yet made little progress on actual diversity in the best jobs.  Those initiatives bear much of the blame.  The most common diversity programs, designed to “fix the manager,” have led to backlash and retaliation.  Less common are programs that engage managers in solving the problem of integration, but those programs have promoted real changes in management diversity.

Frank Dobbin is professor of sociology at Harvard.  He studies the institutionalization of ideas about efficiency and fairness in states and corporations.  To trace ideas about efficiency, he has explored how countries sought to regulate the first industries (Forging Industrial Policy, Cambridge, 1994), how corporations developed business strategies in response, and how firms react to contemporary regulatory and financial challenges.  To trace the evolution of ideas about fairness, he has examined the evolution of equal opportunity laws (Inventing Equal Opportunity, Cambridge, 2009), corporate response to those laws, and the effects of laws and corporate policy on workplace equality.