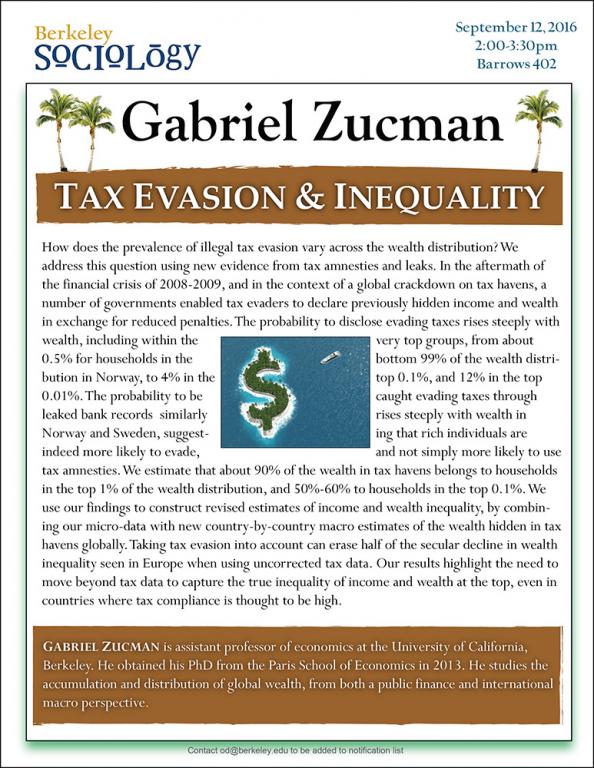 How does the prevalence of illegal tax evasion vary across the wealth distribution? We address this question using new evidence from tax amnesties and leaks. In the aftermath of the financial crisis of 2008-2009, and in the context of a global crackdown on tax havens, a number of governments enabled tax evaders to declare previously hidden income and wealth in exchange for reduced penalties. The probability to disclose evading taxes rises steeply with wealth, including within the very top groups, from about 0.5% for households in the bottom 99% of the wealth distribution in Norway, to 4% in the top 0.1%, and 12% in the top 0.01%. The probability to be caught evading taxes through leaked bank records  similarly rises steeply with wealth in Norway and Sweden, suggesting that rich individuals are indeed more likely to evade, and not simply more likely to use tax amnesties. We estimate that about 90% of the wealth in tax havens belongs to households in the top 1% of the wealth distribution, and 50%-60% to households in the top 0.1%. We use our findings to construct revised estimates of income and wealth inequality, by combining our micro-data with new country-by-country macro estimates of the wealth hidden in tax havens globally. Taking tax evasion into account can erase half of the secular decline in wealth inequality seen in Europe when using uncorrected tax data. Our results highlight the need to move beyond tax data to capture the true inequality of income and wealth at the top, even in countries where tax compliance is thought to be high.

Gabriel Zucman is assistant professor of economics at the University of California, Berkeley. He obtained his PhD from the Paris School of Economics in 2013. He studies the accumulation and distribution of global wealth, from both a public finance and international macro perspective.